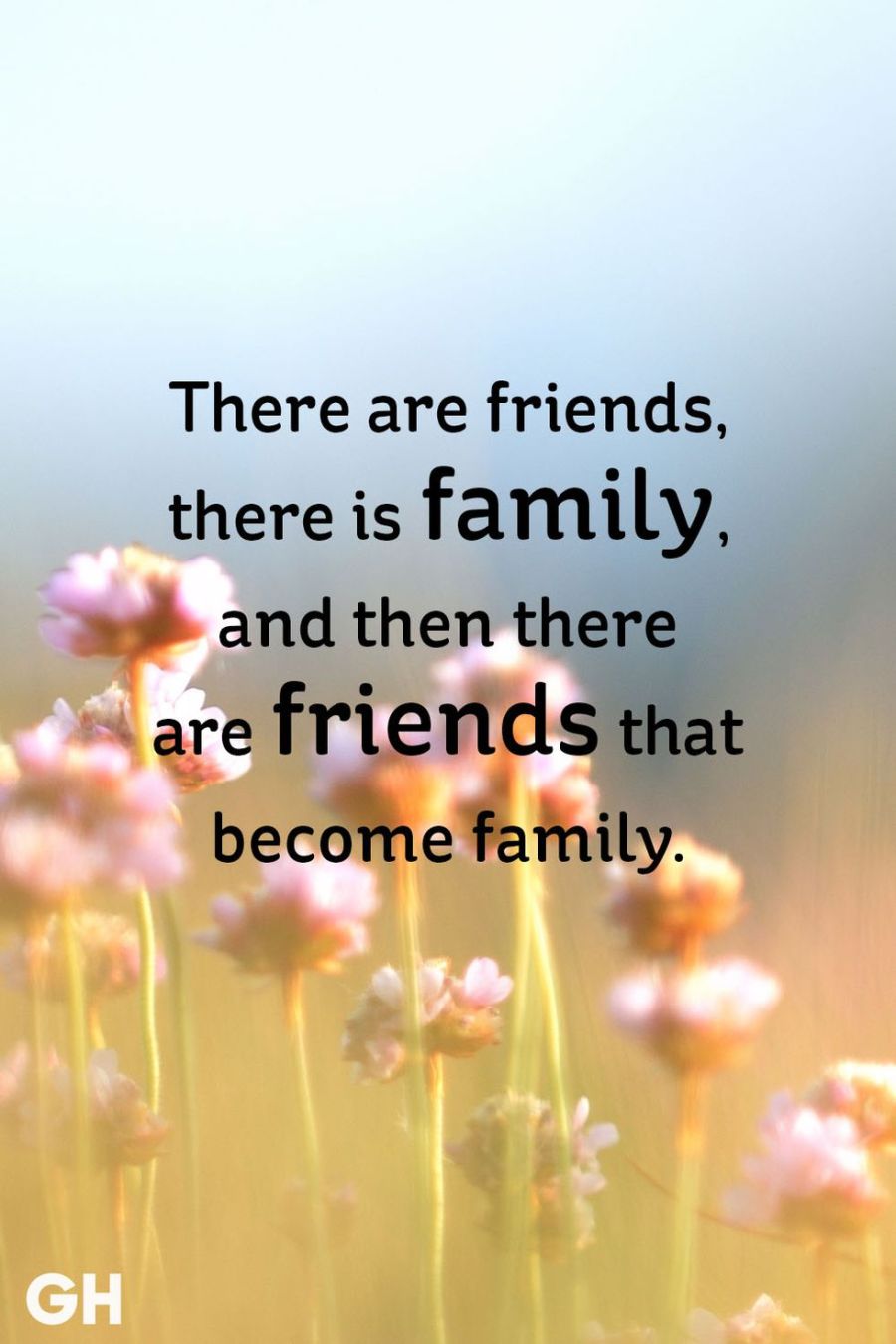 I remember a particular summer day when I was 9.  I stayed up all night the night before.  I was outside riding my bike, but I really wanted to jump rope.  I couldn’t jump rope because someone ELSE was using it.  I circled the person on my bike and finally pulled the jump rope out of that person’s hands maliciously.  I got in trouble.  I cried.  I apologized.  My mom made me take a nap.  I woke up.  Everything was perfect again.  Out of the 45.5 years that other person and I have been alive, that was the only fight the two of us have had…ever!

I’m older by all of 8 days, but that counts for something, right?!  My lifelong friend, Miranda, and I have been together since birth.  I had to wait on her to get here though.  Those eight days were torture.   Our parents went to church together. We were dedicated in church a week apart.  We truly have been together ever since.

Miranda and I lived in different states, but we always caught up in church.  Since we were Pentecostal, we were in church a lot.  (haha…Pentecostal joke)  As kids we loved anything purple and unicorns.  Our likes were always the same.  We pretended we were sisters and most who didn’t know us thought we were.  From behind, folks would get us mixed up.  We spent weeks together in the summers and overnighters in the winter.  However, I joke that by the time puberty came, I grew and she didn’t.  Poor Miranda fell below 5’ and I had to leave her behind.   We would talk lots on the phone until our moms would yell at us to hang up.  Back then you had to pay for long distance.  (We lived in different states, remember?)

I grew up poor and was definitely treated that way in school. However, Miranda was my best friend.  I wish we went to school together. She never treated me any different.  We were best friends forever. Miranda’s family took me on a lot of firsts. Her family took me camping.  Not gonna lie.  This girl HATES camping.  I mean I hate it.  Roughing it for me is running out of hot water in my hotel room.  The picture below is my absolute favorite picture of us.  It was taken at one of our camping adventures.  But I never would have known I hated it if it hadn’t been for her family taking me.

I also got to go to Florida for the first time with them when I was 16.  I dreamed of seeing the ocean and it was love at first sight.  To this day I still have a sentimental spot for the ocean.

I remember when Miranda’s dad was diagnosed with cancer.  He was a fighter.  One particular doctor’s appointment stands out the most.  Miranda and I were 18 at the time.  Elaine, Miranda’s mom, asked me if I wanted to go to the appointment, but I didn’t want to impose. I declined.  However, that morning I decided to go.  When I got to Miranda’s house, the house was unlocked and empty.  I ran down to our Pastor’s house who lived by them.  I was told they had to rush Doug to the hospital.  Doug never left the hospital.  It was February 1992.  He passed away at only 38 years old.  This was the first significant loss that rocked our worlds together.

Adulthood came, along with adult responsibilities.  Life took us to different areas on the map, but our hearts stayed together.  We could always pick up where we left off.  I remember when I found out the results of having a child of my own, or I should say NOT having a child of my own.  We cried together on the phone.  I knew God would bless me in other ways.  Today I have wonderful children and grandchildren.  Biology does not define motherhood.  I was ecstatic when I got to hold Miranda’s son, Johnathon, for the first time.  I know I shed tears of pure happiness.  I can’t believe he’s now almost a teenager.  Where do the years go?

I called Miranda in February 2008 to tell her Chubs died.  It was early morning.  I can still picture where I was standing at in the hospital when I told her.  She said she was heading in for the funeral.  I told her no because a snowstorm was pushing through.  Miranda and her family drove 6 hours in a snowstorm to get to me.  That’s the kind of person she is.  We were sitting at the funeral home discussing Chubs’ death and her dad’s death.  Doug and Chubs died on the same day, at the same age, just 16 years apart.  Ironic.  I had a dream later that year.  I was inside my old childhood church.  I remember seeing Doug sitting in his pew.  Small church, you had your ‘designated’ pews.  I see Chubs walking up the aisle.  He reached out his arms and said, “It’s me.”  I remember touching his forearms and I woke up.   I called Miranda and we both cried.  I think it was a message letting me know they were together.

When I lost my mom, as I have mentioned a million times before and will mention a million times more, it shook me to my core.  Miranda never left my side.  My hunka hunka served as a pallbearer for my mom so he had other duties.   When I say Miranda was my right hand, she literally was.  She held my hand and probably my body when I had to give my final goodbye.    About a week before my mom passed, I remember my mom looking out towards the hallway and waved to someone. She said she saw Doug. You never knew what she saw with her dementia. I always played along. In hindsight, God may have already been preparing her place in Heaven. She was seeing Miranda’s dad. Who are we to say she didn’t?

Life is precious.  I don’t always get to see Miranda on all of her visits in town, but that girl never ceases to amaze me.  She would always visit my parents even when she and I couldn’t get together.  Since I’ve lost my mom, she always makes sure to visit my dad.  My dad calls her his ‘other little girl’.

I don’t know how I got so lucky to have her as my friend.  Through the years we’ve seen Loretta Lynn in concert many times.  Watched countless episodes of “Laverne & Shirley” and “Three’s Company”.  And stayed up all night talking.   We dreamed of marrying Ryne Sandberg and Kirk Cameron, and hoped to dance on “Dance Party USA” with Bob Catalano and Kelly Ripa.  We cruised Green River and hung out at the mall.

Miranda and I shared in losses and celebrated successes together.  We have cried and laughed.  I always say she’s a better friend than I.  She’s such a good comforter and companion.  I’m not good with that emotional side.   My mom always said I had my dad’s (lack of) compassion attributes.  😊 There is no one more loyal than her.  We all should have that one person in our lives who makes our world brighter.  I have that in Miranda.  I don’t know what I’d do without her.   People who are older talk about friends they have had for so many years.  Sometimes it’s because of their age and time passing.  I’m extremely biased and have to one-up you because how many can say they have had friends truly their entire lives from birth.  We still laugh about that jump rope fight as being our only fight ever.  Not too shabby for this one-of-a-kind friendship.   I hear of people who were friends and eventually stopped talking.  I don’t understand that. Even through changes in our lives from childhood to adulthood, nothing ever deterred our friendship.  We kept that in the forefront, and we always put God first.  That’s what our mothers taught us.  I have shot her a text many times to ask for prayers on something.  Without fail, she always does.   I gave away our age in the beginning saying we’ve been together for 45.5 years.  I have absolutely no problem with my age.  That just means another year of making memories and enjoying the blessings around me.   Of course now Miranda may have a problem with me giving away our age.  Ha!

Cheers to our elderly years stirring up trouble in the nursing home!  We will be the ones pushing each other down the halls in our wheelchairs.