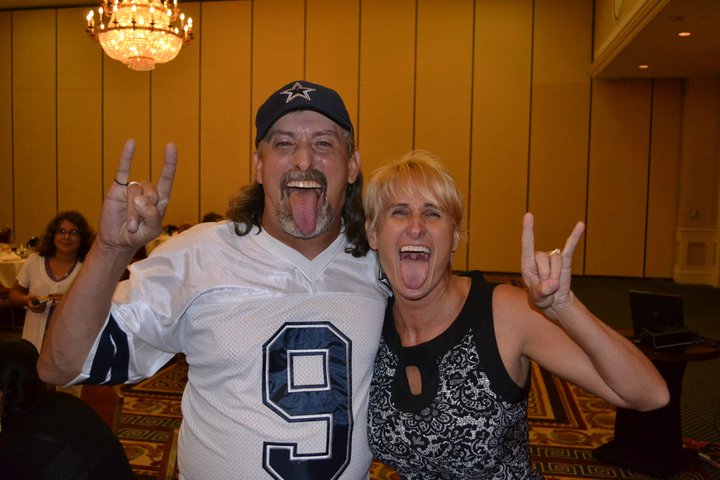 I have been told different stories of what people were doing when I was born. My dad always calls on my birthday at the exact moment I was born to tell me his version. I remember my mom would tell me how difficult of a birth I was for her. Lucky her! My brother, Chubs, hated me…I’ve written about that in one of my blogs. So far I have written about each of them. Now it’s time to write about my oldest brother, Jim.

Jim is nine years older than me. He and Chubs were staying with my grandmother when my mom was in labor. Back then there wasn’t any fancy ultrasound to tell you the sex of your baby. Moma said that God was going to give her a little girl. Jim told our grandmother to only wake him if I were a girl. He wasn’t too keen on having another little brother. And here I am.

Jim has the most enormous love for music. To this day his love of music is more than anyone I know. He passed on his love of music to me. We would spend hours on end just listening to records. (For you young pups, records are big round things that played music with a little needle.) We have funny stories of seeing Hank, Jr. multiple times.

I remember being a little girl while he would sing all his favorite songs to me. Our song was “Keep on Loving You.” That’s when I learned how cool it was REO Speedwagon sang about being all ‘coiled up in Hinnison’. I believe I was only 7, and he was 16. Music was our thing.

When I was young, the age difference wasn’t a big deal, but as I grew older, it changed everything. Jim married and moved out. Life would eventually take him to Colorado when I was a teenager and I felt like I was left behind. Thankfully life brought him back, but we all got older. Time has the relentless way of aging us. I guess that’s how life is.

In our hometown, we have one high school. Back in our days, there were two junior highs, which started at 7th grade, and you didn’t start high school until 10th grade. We were cadets in the junior high and became a colonel in our high school. For those six years, our school colors were maroon and white.

Life keeps us busy today. We both are involved in so much. I’m thankful for Facebook. While I don’t get on there and scroll too much, it does give me the opportunity to see what is going on in his life. Jim loves to eat, take selfies and Gene Simmons pictures, and drive. I’m nothing like him on the driving part. I love road trips as long as I’m the one NOT driving. Ha!

Jim smoked for over 30 years. When Moma died, I remember him telling me of his emphysema diagnosis. He said he stopped smoking cold turkey. Smoking has a way of slowly eating at your body. I was proud of him for stopping. I cannot imagine trying to stop something you did for so long. Your habit becomes your way of life.

Earlier this year Jim stopped by the karate school to pick up something I had for him. He stayed the whole class, which I absolutely loved. His voice and his demeanor was different. Jim showed me a large growth on the side of his neck. He said he was waiting to hear from Louisville because being a hemophiliac comes with consequences before he truly knew what was going on.

Jim has throat cancer. The symptom prior to a PET scan was Stage III. After a PET scan, there was a small spot found at the top of his lungs, which technically makes it Stage IV. They say it’s treatable, but with consequences. I’m not settled with a little info. I need more. His doctors in Louisville required a biopsy. I stayed in close contact with his wife and would shoot her a million texts on questions to ask. I ask a million questions and want answers.

I’m not emotional when it comes to these situations. I grew up in a home where there were constant emergencies. Hemophilia is a life or death situation. I never panicked, Moma taught me how to instinctively know how to find a solution. That’s where I am today. I know the problem. Let’s figure out a solution.

The downside to the treatment for throat cancer is aggressive approach. However, treating a hemophiliac patient is nearly unheard of. The treatments could cause bleeding, but the tumor is already causing bleeding. You cannot give too much factor because his blot will clot and he’ll die. You cannot give too little or he will bleed to death and die. I don’t handle the unknown well. I need answers. I ask a lot of questions. My persistent mind will sit myself at the next appointment because I lived this life for nearly 46 years. Please don’t explain hemophilia to me….let me explain it to you.

I haven’t told anyone about my brother’s cancer, except my hunka hunka. I’m not ashamed; I’m just not overly transparent. I keep a lot to myself. Jim is a lot more vocal than me. I admire him for it. He’s as transparent as the Invisible Man. This is where we differ…555. (555 is our inside joke)

Jim and I have talked about quality of life. How do you want to spend your life if you knew it was the end? You make the most of every moment. Moments are memories.

Last month was Hemophilia Awareness Month. Like an idiot that I am, I let that moment pass me by. Trust me I can write a book about hemophilia. The other morning I was driving to work and the DJ said April was Head and Neck Cancer Awareness Month. Does anyone have a guess of what the ribbon color is? Maroon and white. We are going retro to our junior high and high school days.

I love my brother. He drives me crazy, but then that’s a short drive for me anyway. Hell…most days I live in my crazy world…no travel required. But I love my brother. I’ll be damned if I’ll let a doctor sit by unknowingly, and assume how to treat Jim. This baby sister will be the voice because his voice is already changing. Because of the tumor, he speaks differently. I don’t mean like “Peter Brady going through the change differently”, I mean in a strangled way. Cancer does suck, as many say. You need to build your knowledge by studying more. I’ll take my notepad next time to the doctor. I may have to respectfully give her a lesson on hemophilia while she gives me a lesson on the chemo.

Until then…Peace out, Trout! No matter your spiritual beliefs…a little prayer or meditation wouldn’t hurt either.