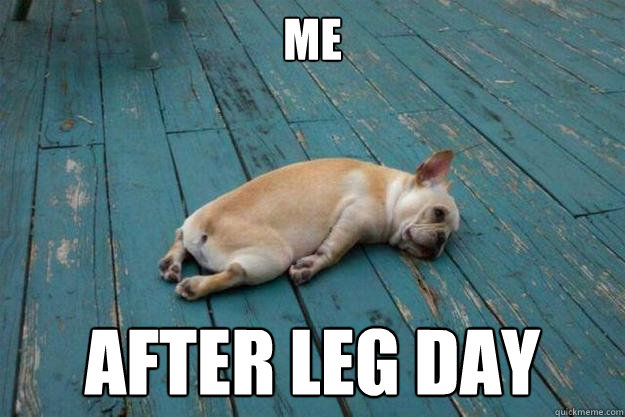 You have heard me whine about the horrible dreadmill.  You’ve heard me brag about my running days.  I entered a new world this week.  I have memes describing my adventure.

Insanity should be called STUPID.  New job.  New class offerings at work.  Twice a week class for 30 minutes.  I can do it right here with a nice locker room to freshen up after.  Knock out a nice workout during the day.  A girl on my team is doing it, too.  She has taken this before.  Why not? Sign me up!

I started the class Tuesday.  We had to do a fitness test to set our bar.  Near the end of 8 weeks (16 classes) we will do another fitness test to see how much we have progressed.   The instructor says we are only doing 8 exercises.  Only 8?  Bring it!  I could run for miles, lift heavy weights at one time…good lord I can easily do 8 exercises.  And by the way she said that each exercise lasts a whole minute.

What the hell did I sign up for?  After a couple of the exercises into it, I look at my coworker and have this “I’m going to kill you” look.

We had 6 exercises done.  The instructor was so kind to give us a one-minute break.  Umm..should I say thank you or something.   I’ll be honest…’thank you’ were not the two words that came to my mind.

She was encouraging us by saying only TWO MORE MINUTES.  Reminded me of my hunka hunka when one of our black belts was fighting in a world championship in Canada.  The black belt only had one round left, 2 minutes.  My hunka hunka said, “Two minutes to glory.”

I just interpreted that as try not to die for the next two minutes. I’m just thankful there wasn’t vomit on the floor.  By the last exercise I was in a plank position.  I had to keep my head upright because the room was spinning, as was everything in my body fighting NOT to come back up.

I couldn’t move for a half hour when I got back to my desk.  Oh my lord.

Into the evening I thought I was a little tired.  I woke up to my annoying alarm Wednesday morning and was like..holy hell.

I’m glad we have a high toilet.  I still had to fall on it a tad bit.  My cubemates probably heard me moan every time I sat down in my chair.  I kind of just fell.  Once I nearly knocked my whiteboard off the wall.  I don’t have many bending skills at the moment.  Up until today I wished I could pee standing up. Oh yeah…it just got that personal. I used the handicap toilet.  The toilet isn’t much taller in that stall but at least there are handrails.  I need less distance to get down.  Jeez Louise.  Planet Fitness is smart.  All of their toilets in their bathroom stalls are extra tall.  Someone with sore hams made that decision.  Who thought this was a good idea?

I had to go back to class Thursday.  I can’t even get my dang socks on without screaming pain.  How am I supposed to do anything in class?   Is taking the elevator to the basement to get to my exercise class an oxymoron? I don’t know if I like this class yet, but I’m not one who quits anything without seeing it through.

I have to say in some ways Thursday was not AS hard as all the squats I did on Tuesday, but it was still equally hard. There were movements I just could not do. The jury is still out… Two classes down, and only 14 more to go.   God help me!

One thought on “Insanity Hell”